This project was done between 2012 and 2013 as part of contracting for Triquetra Games. The idea behind VS Marketplace was an interactive 3D marketplace for vendors to browse, organize, and order large amounts of primarily restaurant items. I was the lead programmer, the other being my contractor, who did some programming but mostly coordination with the others working on the project.

My primary responsibilities included 3D loading and manipulation of objects, item data loading/saving via JSON, GUI menus using Unity3D's NGUI, and multiple item place setting and saving. The JSON parsing was done via free C# Unity3D scripts. The entirety of the project took place under deadlines with weekly progress reports with the producers, designers, and artists.

To get more information and watch the video about it, visit the VS Marketplace website. 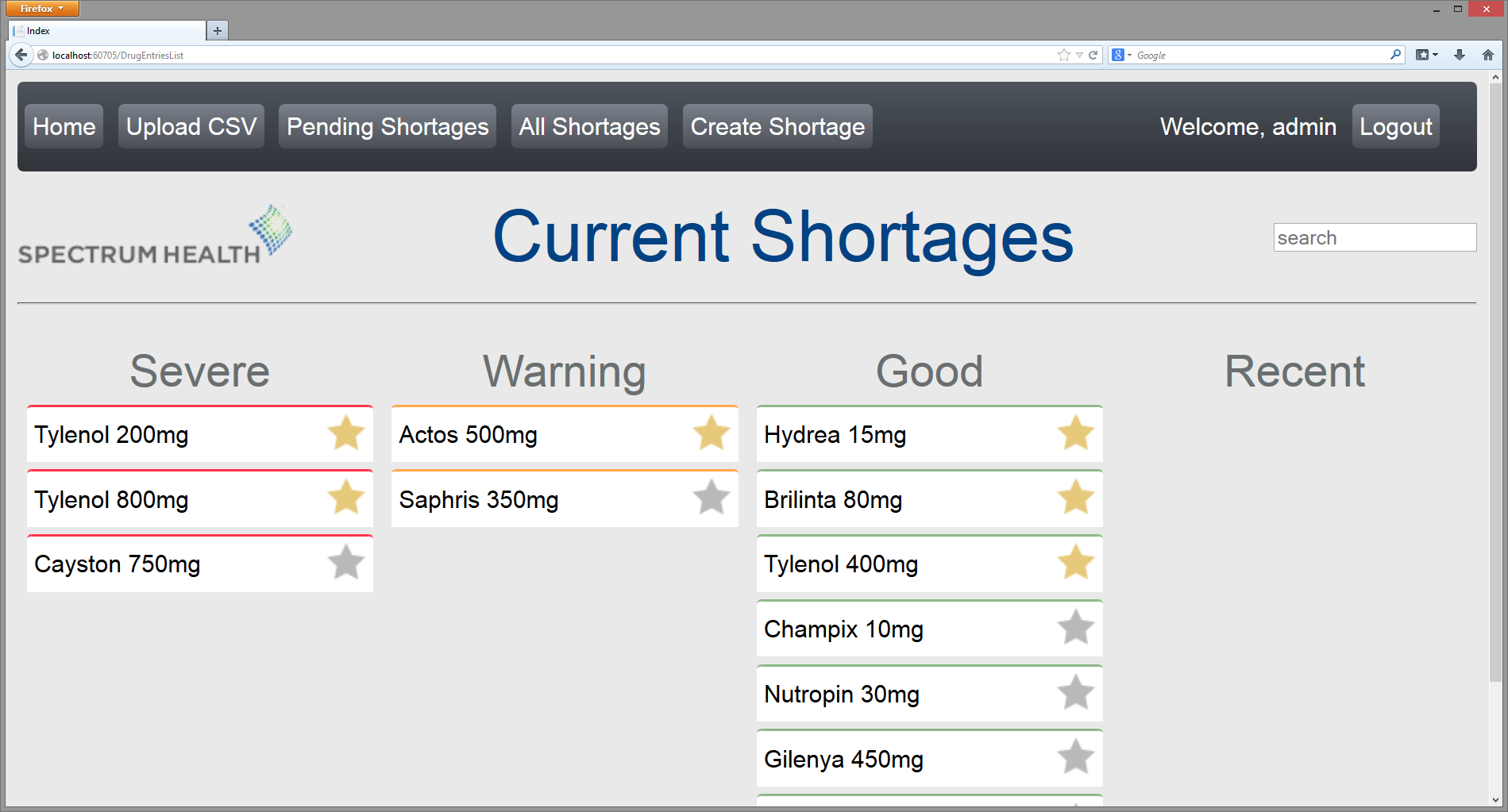 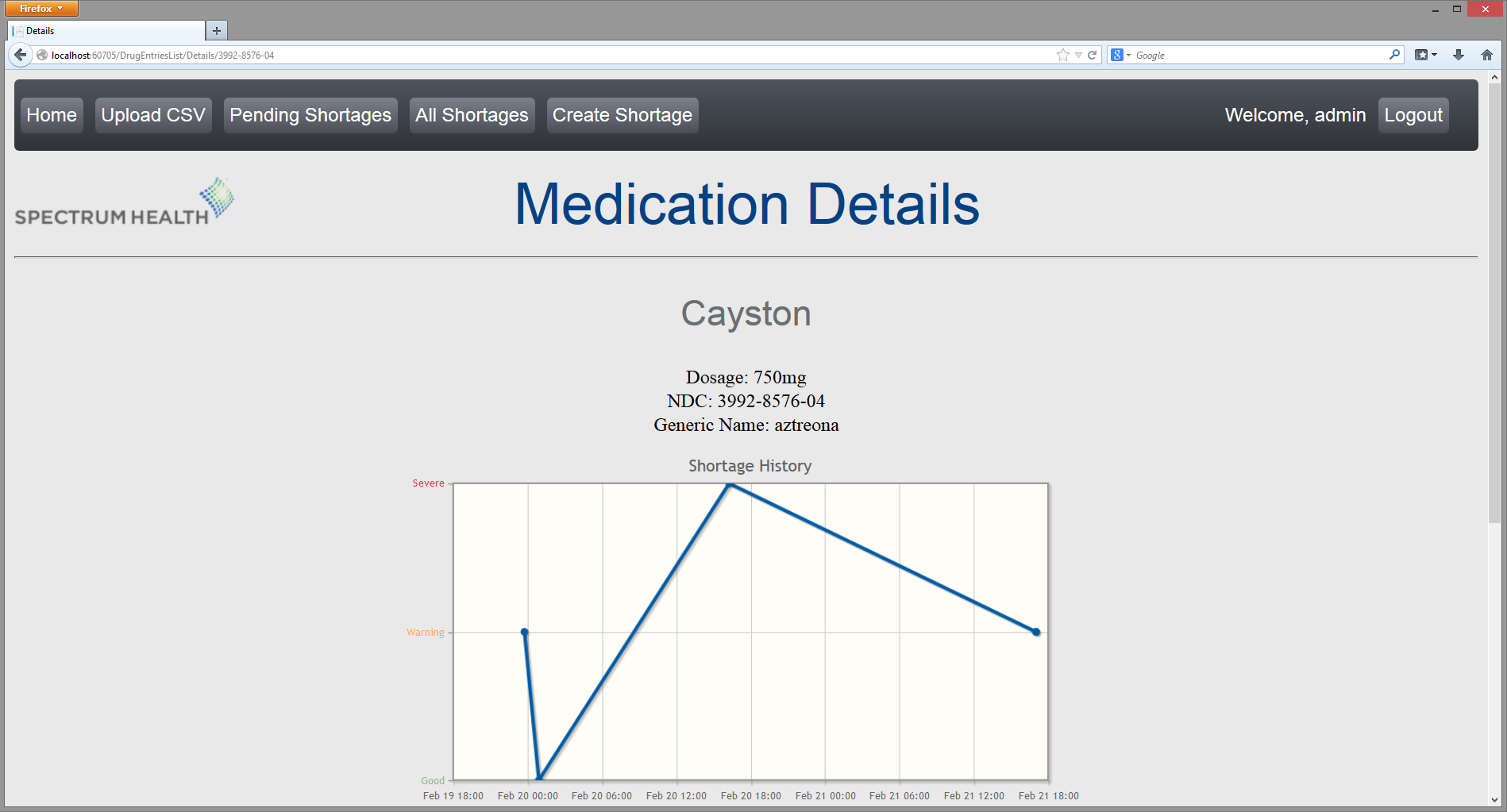 This project was done for the MSU Senior Capstone Design class, in the spring of 2014, for Spectrum Health, located in Grand Rapids, MI. Taking place over a semester with two other team members, we created an application to parse RSS feeds of medication shortages, organize them into customizable lists for users, including messaging boards, shortage tracking, and several other features.

This was my first project using ASP.net with MVC4 in Visual Studio 2012. We used a SQL server based on Microsoft Server 2008, and used a REST layer to interface. I worked on .CSV file uploading, a drug entry messaging/badging system, and several other features. This was also the first project I've done using required unit tests and StyleCop.

To read more about the project or watch the video, visit the MSU CSE Capstone project page, or visit my GitHub to see the code.